Learn new moves and techniques from a rueda master. Join us for a fun evening of learning and dancing. You won't want to miss this!
Here are the details:
WHAT: Rueda Master Class with San Diego's Tim Snedeker
WHEN: Monday, June 29th at 7:30pm
WHERE: Dance Asylum - 151 Kalmus Drive, J7, Costa Mesa, CA 92626
COST: $10.00 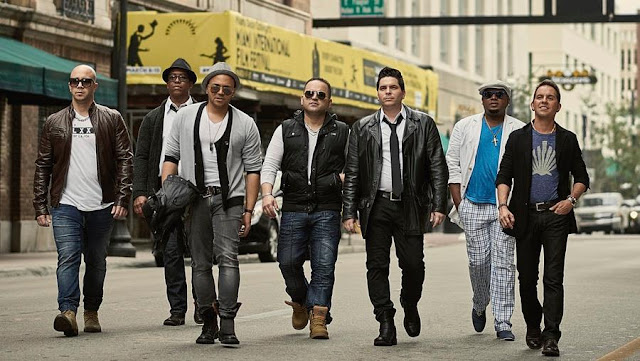 As teenagers in Cuba, Tiempo Libre’s members studied classical music by day at Havana’s rigorous Russian-style conservatory La ENA. At night they met up to play the traditional music of their island. During a time in Cuba when listening to American music was forbidden, the boys crowded around a homemade radio and listened to the beats of Michael Jackson, Chaka Khan, and Earth, Wind, and Fire.

After emigrating to the United States, the men formed Tiempo Libre, a band that has become known around the world for its sophisticated, dance-inducing concerts of a Cuban style of music called timba – a joyful combination of Latin jazz, traditional Cuban "son" and other musical elements. Since their inception, they have garnered three Grammy nominations, the most recent for their album Bach in Havana, which melds classical tunes by Johann Sebastian Bach with the soul-stirring rhythms of salsa, merengue, and cha-cha.

The group has toured and performed extensively, including a performance at the Playboy Jazz Festival and appearances on The Tonight Show, Dancing with the Stars, Mega TV and Telemundo. Tiempo Libre is the picture of musical innovation. Be warned: their sound is infectious, their exuberance contagious and their beat will hijack your body from the waist down.

We will be dancing on the concrete this time at Moonlight Beach in Encinitas. Sorry! I had to change it because my car is not reliable and that is my only way to carry the cardboard. It's all good though...we're still dancing! Come join the salsa suelta line dances and rueda de casino and just one-on-one casino dancing. 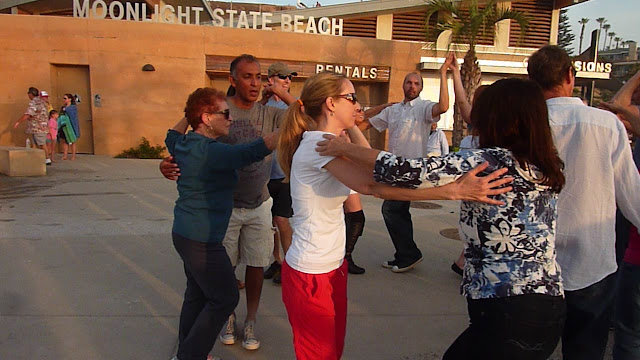 Detail are listed below:
When: Saturday, June 27th 5-8pm
Set up is at 4:30pm
Where: Moonlight Beach in Encinitas
Cost: Donation requested to help pay for a snap-together dance floor for future dance parties at the beach.
Una Bulla!
Maritza
Posted by Maritza at 6/26/2015 08:12:00 AM No comments:

Is it already the end of the month!?? Wow how time flies when the Summer is just getting started. The end of the month means, It's Salsa night at Club M at the Hotel Grand Del Mar. Come join the casineros for a Meet Up at this lovely dance venue and listen to the live music of Manny Cepeda's Orchestra.

ATTENTION!!! HOT OFF THE PRESS WIRE!!! To all of our dear faithful and adoring friends on Facebook. We are honored and pleased to announce the San Diego appearance of EL SEXTETO SONERO DEL CARIBE, LIVE IN CONCERT at the SAN DIEGO WESTGATE HOTEL on FRIDAY, JULY 3rd from 6 - 9 PM. 21 & OVER, $20.00 cover. PLEASE join us in kicking off this 4th of JULY Holiday weekend -- SEXTETO STYLE! Your MC for the evening will be MR.CHRIS SPRINGER, HOST OF THE "LATIN GROOVES" radio show, EVERY SATURDAY FROM 12 - 3PM. BRING YOUR FRIENDS & YOUR DANCING SHOES! WE LOOK FORWARD TO SEEING YOU THERE!!! 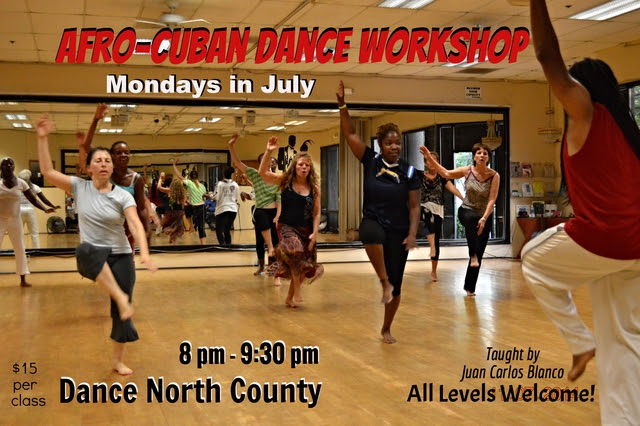 Son Pa Ti with Melissa Dexter and Maritza Baida invite you to our 2nd event at Dancessense Studios in Carlsbad for our Saturday Salsa Dance Party. Our first event in May was a great success where we had over 60 people dancing the night to Latin music.  Maritza will start the evening with her hour long dance class. Then Melissa will invite you out to the main dance floor to use your new moves and enjoy the night.

Bring your friends and plan to have a great time. 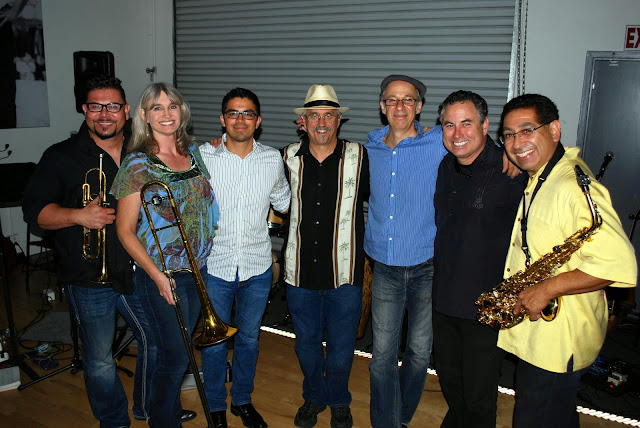